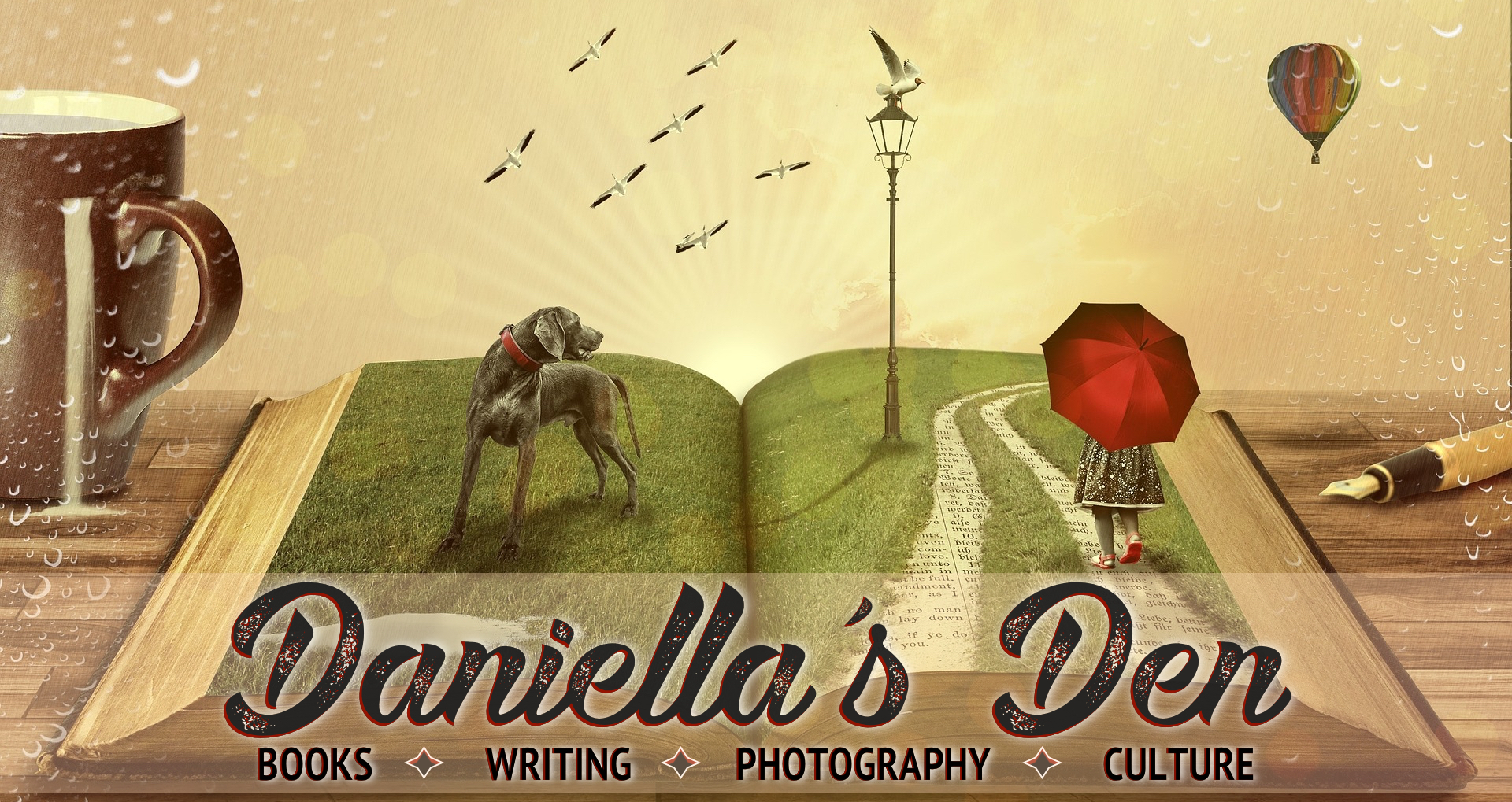 A division of the American Library Association has voted to remove the name of Laura Ingalls Wilder from a major children’s book award, over concerns about how the author portrayed African Americans and Native Americans.

The board of the Association for Library Service to Children (ALSC) made the unanimous decision to change the name on Saturday, at a meeting in New Orleans. The name of the prize was changed from the Laura Ingalls Wilder Medal to the Children’s Literature Legacy Award.

The first award was given to Wilder in 1954. The ALSC said Wilder’s work continued to be published and read but her “legacy is complex” and “not universally embraced”.

Wilder was born in 1867 and died in 1957. She is best known for her eight Little House on the Prairie novels, about pioneer life in the American West, which were published between 1932 and 1943.

In 2010, the British broadcaster Samira Ahmed wrote for the Guardian: “Wilder has a special status in American culture despite posthumous allegations of racism. The Osage nation, according to biographer Pamela Smith Hill, still condemns her work, which was based on their eviction.

“The novels are full of phrases that are unacceptable today. Even in her own lifetime Wilder apologised for her thoughtlessness and amended a line in Little House on the Prairie that said Kansas had ‘no people, only Indians’. It now reads, ‘no settlers, only Indians’.”

I knew Laura would be removed from the children’s book world eventually. I even included her books in my book, The Notice.

Chippy and I had been friends for years. In addition to cigarettes, he sold books that had been outlawed by the sharks. According to him, Animal Farm, 1984, The Grapes of Wrath, and A Christmas Carol were flying off the shelves as fast as he could get them.

I bought a copy of Little House On The Prairie that day when I saw it on Chippy’s shelf. It was the latest banned book, and I figured Brad would want the girls to have a copy. Chippy told me to come back from time to time if I wanted more Little House books. They were all scheduled to be banned, and he made it a point to procure a supply of all the latest banned books.

As a child and later as a young adult, I read the Little House Series and other collections of essays by Laura and her daughter, Rose Wilder Lane. Lane, an author with connections in the publishing world of the 1930’s, was instrumental in editing Laura’s books and introducing them to the publishers of the day, one of which finally took a chance and released Little House in the Big Woods. 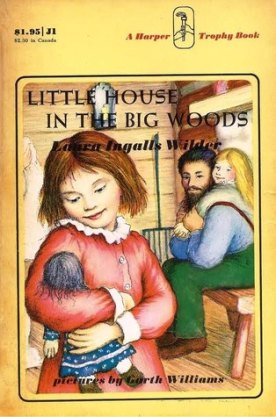 The rest, as they say, is history. The book was a best seller, and children from all over America began writing to Laura, asking for more books.

She obliged and continued writing about her life as a child in a family of pioneers.

The Little House books were used in school lesson plans. I remember being in second grade and reading an excerpt from Little House in the Big Woods that was included in my school reading book.

The excerpt was the story “Two Big Bears”, and told of Laura and her mother going to the barn on a cold winter night to milk Sukey the cow, while Pa Ingalls was on a trip to the town of Pepin Wisconsin, where he would trade the fur of animals he had trapped for necessities such as beans, cornmeal, calico fabric and other items the family could not produce on their isolated farm.

I will never forget the reading lesson at school. I read that Ma and Laura approached the fence near the barn and saw Sukey standing in the darkness, blocking the gate. Ma told Sukey to move over, and the light from the lantern caught the eyes of the cow.

Which wasn’t a cow after all.  It was a large bear. The eyes were not big and soft, but small and glittery.

Ma did not panic, but told her daughter, age four, to walk back to the cabin. Laura was carrying the lantern.

Ma followed behind, and when they had walked a short distance, Ma scooped Laura up and ran with her into the house where six year old Mary was keeping an eye on infant sister Carrie.

The above was one my first joyous forays into reading. A lifetime of books followed this reading lesson in my second grade classroom.

The lessons, in addition to the actual reading of words, included the differences between the life of a little girl in 1870’s Wisconsin and my own life in 1960’s Pennsylvania.

Also that yes, we should obey our parents when they tell us to do something, since if Laura had argued or fussed, the bear might have been annoyed and attacked.

Countless children have been inspired to read by Laura Ingalls Wilder, a product of her times.

But now her name is being stricken from a book award because she is considered a racist by the American Library Association, an organization that fosters the “Freedom to Read” as long as the reading does not include books from days past that trigger their Leftist sensibilities.

Instead of casting slurs on a woman who cannot defend herself, why don’t parents and schools discuss how much progress has been made in America with race relations since the 1870s? History can be used to teach lessons.

For a true account of the American Library Association’s playbook on what children should and should not have the freedom to read, please check out the book Shut Up!: The Bizarre War that One Public Library Waged Against the First Amendment , by Megan Fox and Kevin DuJan.

Without getting into a long list of works that are frowned upon by the new arbiters and gatekeepers of books that should not be read, who made the ALA judge and jury on history?

Will books they deem “racist” –Huckleberry Finn comes to mind–be removed from the shelves of school libraries? I’m thinking there’s a strong possibility that such a thing is coming.

But back to Wilder. The people who have stricken her name from a children’s book award have cast doubt on Laura as a person. They have deemed her a racist. And of course she is unavailable for comment, or to defend her good name.

Do these people have any idea how much Wilder and her daughter Rose Wilder Lane did to advance the life of rural women in the early 1900s?

Before the Little House Series was written, Laura had a weekly column in the Missouri Ruralist. The column was written under the name Mrs. A.J. Wilder.

I have a copy of  The Little House Sampler which I highly recommend. In it are some of Laura’s articles for the Ruralist, urging farm women to get involved in their towns and communities.

Laura spoke to farm women. She advocated for new and innovative ways of farming that saved women countless hours of work. One essay urged farmers to buy a gasoline engine, which could run the churn and the sewing machine in addition to farm machinery.

Churning and sewing took up a great deal of time in the lives of these women. Laura then told them to use the time saved by the engine to read newspapers, visit friends and get involved in social clubs.

Rose Wilder Lane was a pioneer feminist. As a young girl she lived alone in a city and worked at a telegraph office before beginning a career as a newspaper columnist and author.

These women were models of what ordinary women could achieve, yet now Wilder is disparaged by today’s feminists because she wrote of life from her perspective back then.

Again, this is a travesty.

Three of Wilder’s books won the prestigious Newbery Award, and two more were nominated. What’s next? Will the ALA ramp it up a little, and put on some pressure to have these awards rescinded?

That may sound crazy, but noting the past behavior of the ALA, it’s certainly within the realm of possibility.

Those of us who were inspired to read should tell the truth about Laura Ingalls Wilder.

Despite the slurs of racism, she led countless children to read her books and then move on to other books, which in turn led to better grades in school and bright futures.

She inspired the women of her day to get involved with their communities, make new friends, and keep up with the news of the day through newspapers, rather than staying back on the farm without a social life.

She did more good for Americans than we will ever know. This is Laura’s legacy.